Tom Bird confirms his commitment to the Row

Fresh from being rewarded with the Man of the Match accolade following his strong performance on Saturday against Dorchester Town, Tom Bird has committed his immediate future to the Row after turning down two offers from league rivals in the last few weeks.

"We are delighted that Tom has decided to stay with us as he has been a good performer all season and a big part of the changing room," said Millers.

Tom has shown himself not only to be a strong fullback defensively, and with the pace to match the majority of the wide attacking midfielders in our league, but he also offers that extra dimension going forward that has seen him be a creator and a scorer of important goals.

On behalf of the supporters, thank you Tom.
When it's all too easy for players to switch clubs, especially when non-contract, the loyalty of players deserves to be applauded loudly. Without it, we wouldn't be where we are as a club. We thank Tom and the others who have stayed loyal to us.

Below: Tom Bird receiving his Man of the Match bottle of bubbly on 1st Feb from Match Ball Sponsor David Partridge. Picture by Josie Shipman. 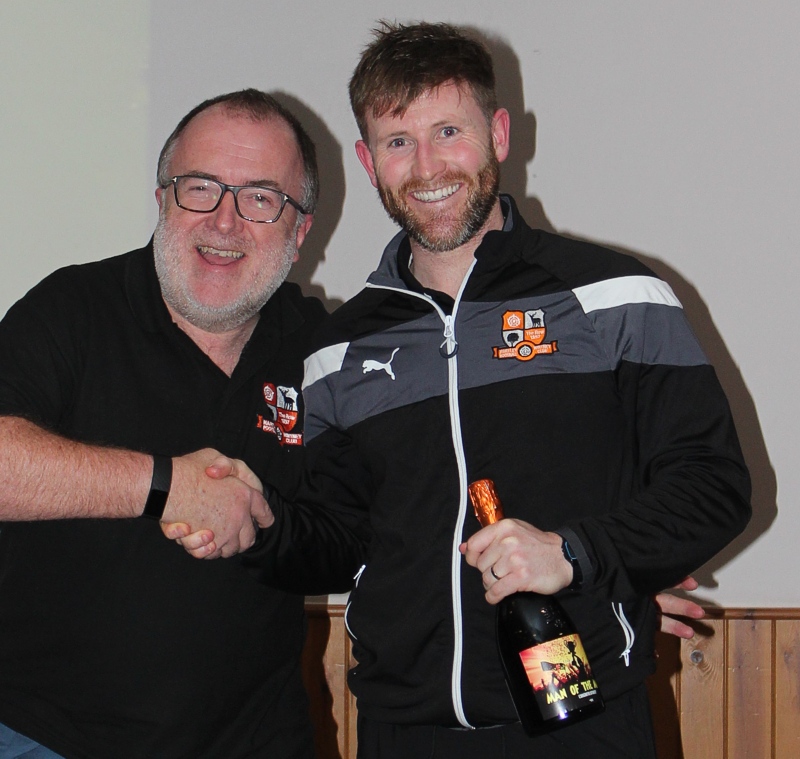