The Club is delighted to welcome Damian Niemczycki, who joins us from Braintree Town, initially on a dual registration arrangement. He comes to the Row as replacement for 'keeper Adam Desbois, who has joined Vanarama National League South side, Cheshunt, also on a dual reg.

Now just a couple of weeks short of his 20th birthday, Damian's career has already seen him gaining experience at several clubs. He joined Oxford United as a scholar and played in their youth team until his release in July 2021. Short spells with Billericay Town, Merstham, VCD Athletic and Ashford United eventually led him to join Vanarama National League South, Braintree Town, in September this year.

Damian is a physically dominant goalkeeper at 6 feet 4 inches. Polish by birth, he came to the UK with his family as an 11-year-old. He made his debut for Hartley Wintney in the Aldershot Senior Cup game against Alton on 15th November, followed by his league debut in the away win at Hayes & Yeading United the following weekend.

Hartley Wintney first team Manager, Ian Selley, is pleased to have the promising young 'keeper in the Row's ranks. "Damian is a decent young goalkeeper. He's a good shot stopper and distributes the ball well, having a great strike on him. He will hopefully fit the bill and we can keep him long-term."

Meanwhile, the Club thanks Adam Desbois for his huge contribution during his two stays with us, including our maiden season in step 3. While we are saddened to see him go, it is always good to see players progressing up the levels, and in Adam's case it is a step back up towards the professional level he has always set his sights on playing at.

We recognise that Adam could have chosen to join any one of several teams following his release by Brighton, and we remain grateful that he chose to come back to the Row following his earlier spell with us while on loan from Reading. We wish him well. 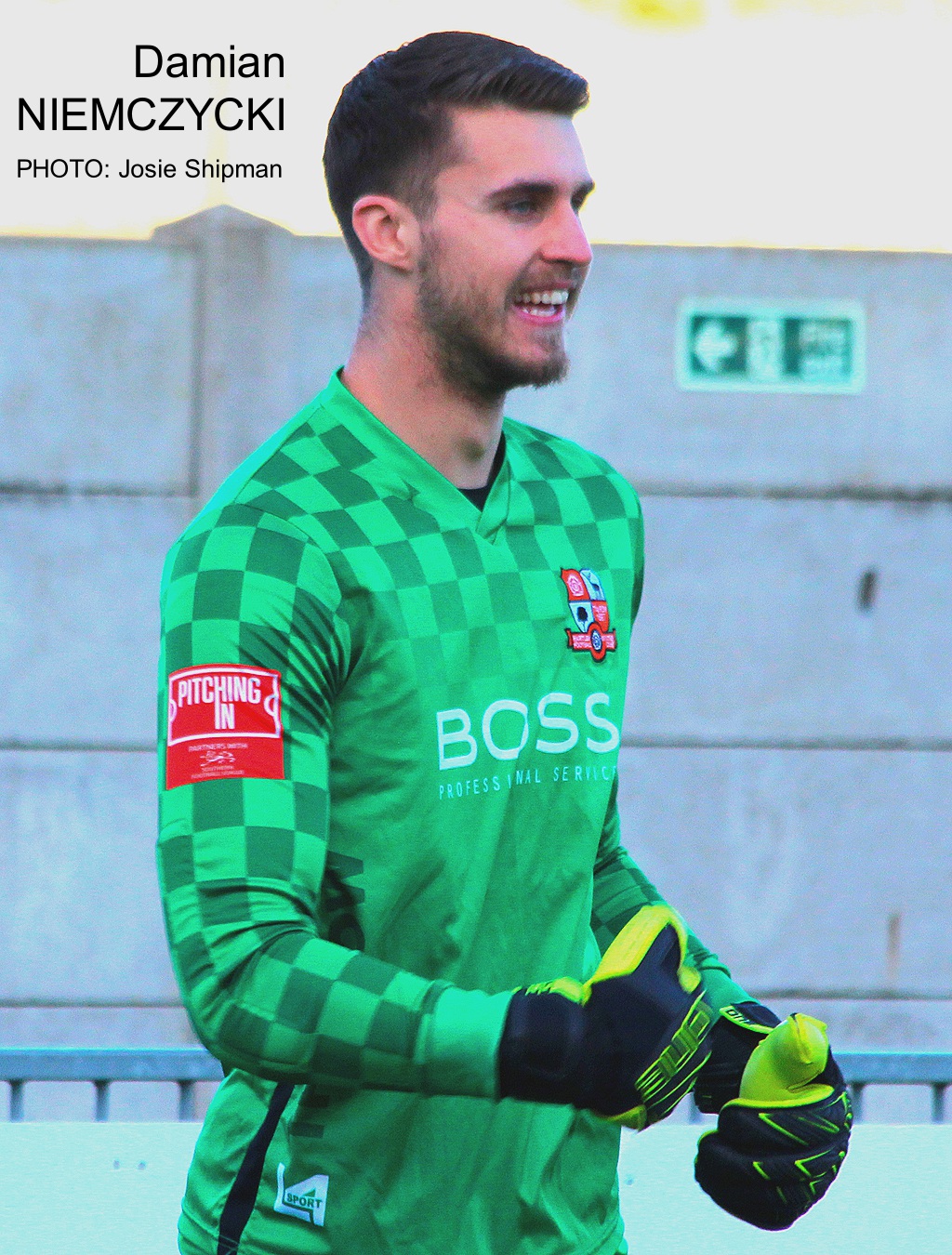