Harrison Bayley brought in to the Row midfield

Harrison Bayley brought in as new addition to the Row midfield

Hartley Wintney FC have signed experienced central midfielder Harrison Bayley, who made his debut in the Row's win away at Weston-Super-Mare on 25th September.

31 year-old Bayley, previously with Hungerford Town, was an influential member of the 2017/18 Thatcham Town squad that won the FA Vase and Hellenic League title. He has also featured for Bracknell Town, Binfield and Highmoor Ibis.

The Row lost long-serving holding midfielder, Ty Smith, when he announced his retirement from the game in the summer. Since then the club had been on the look-out for the ideal replacement to act as anchor in central midfield, as Hartley Wintney manager, Anthony Millerick, explained.

"We've known about Harrison for years and he has a great reputation both as a player and as a person. He was part of a successful Bracknell team for years before going to step 2. We've tried getting him in previous seasons, so we were thrilled to be able to offer him a place at the club this time around. Anchoring the midfield with controlled aggression and a cool head, we hope Harrison will build on his great start at Weston." 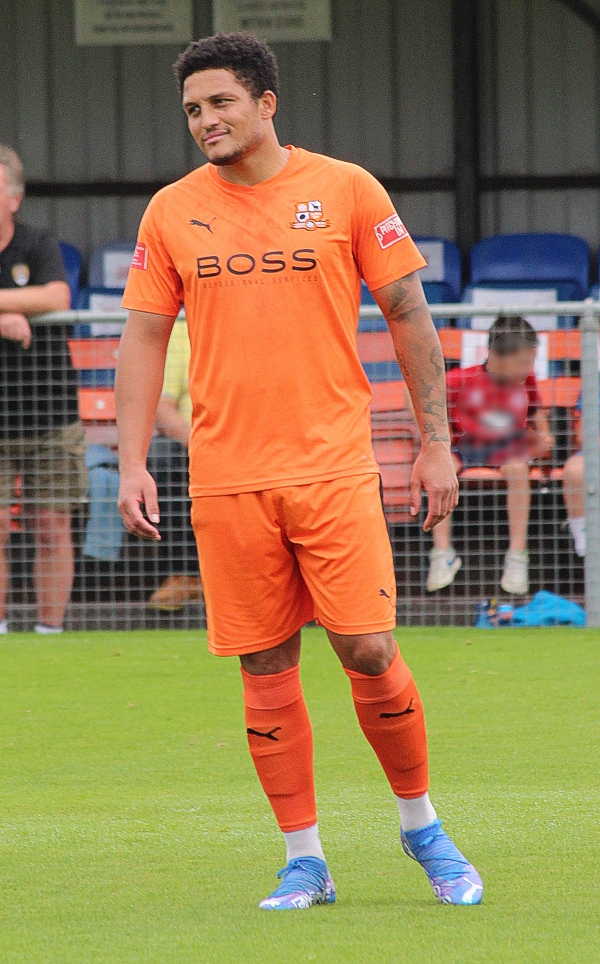 Harrison Bayley in his debut for Hartley Wintney at Weston-Super-Mare.
Photo: Josie Shipman