As a 17 year-old, Kingsley joined Queens Park Rangers from AFC Wembley in Sept 2016, though he was previously with Brentford FC until the Bees closed their academy setup. He went on to play in QPR's Under-23s. During that time he also enjoyed loan spells at St Albans City and with Dulwich Hamlet in National League South.

The Ghanaian youth international signed for Berkhamsted in the summer of 2019 following his release by the SkyBet Championship club, but played most of the early part of this season on a dual registration at Northwood FC. He joined Hendon from Berkhamsted in November 2019.

Speaking of the signing last week, Hartley Wintney manager Anthony Millerick said, "Kingsley should be a very good signing for us and is the kind of forward I know supporters were keen to see at the club. He's a powerfully built lad who adds a different dimension to our attacking options."

Eshun went straight into the squad for the game at Tiverton Town on Saturday 8th February. He came on for the final 20 minutes and immediately made an impression. We are delighted to welcome Kingsley to the club and hope he will enjoy his time with us. 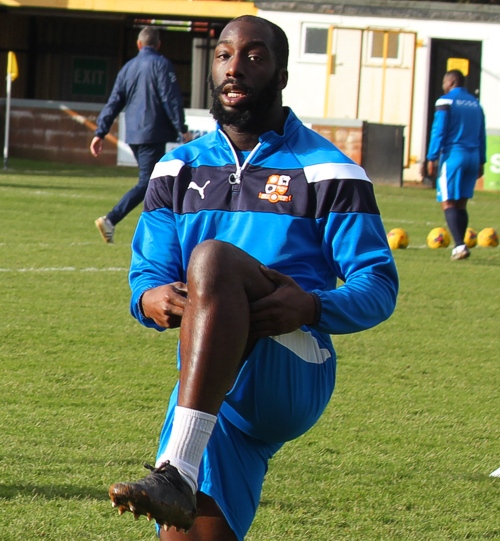