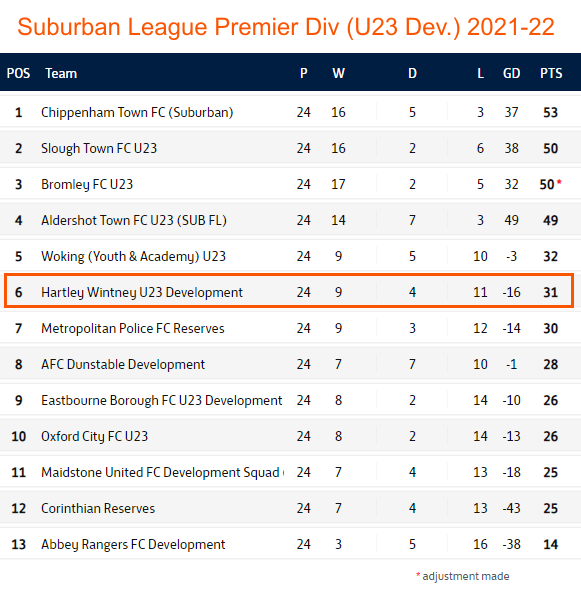 The Suburban League 2020-21 league season was cut short by Covid-19, but the various cup competitions were played out as restrictions lifted, with the U23 Development side reaching the Suburban League Cup Final, narrowly losing out to Corinthian U21's on penalties. Though curtailed it was still a successful season, not only for the cup final appearance but with a number of the U23 squad making their first team debuts and doing well. 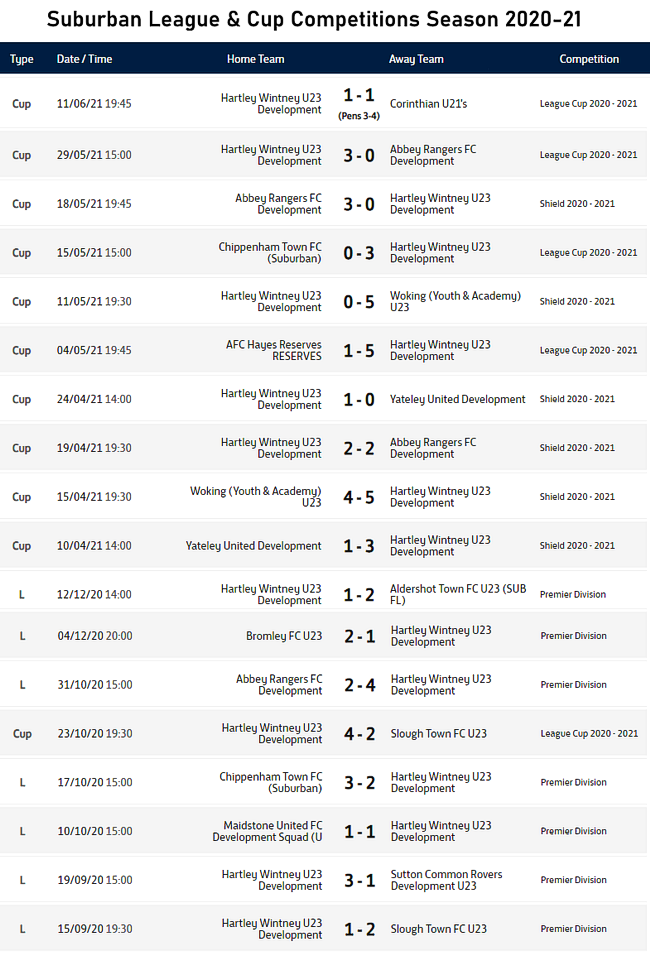 The Suburban League 2019-20 season was cut short by the Covid-19 coronavirus pandemic. Unable to complete the season, all results were wiped from the official records. At the point at which the season was curtailed, Hartley Wintney Reserves were lying 4th in the Central Division on 16 points from 11 games. During the league season they recorded 5 wins, 5 defeats and a draw, and ended with a goal difference of +2. For the wrong reason it became a memorable first season in the manager's seat for Sean Hayes and his assistant, Coach Sam Cave, but nonetheless a 'well done' to them and the team for their efforts and some very good performances in the league and cups, and our huge thanks to team sponsor Honey Brothers.

Perhaps the stand-out achievement for the Reserves was in reaching the Mike Bidmead Suburban League Challenge Cup semi-final, securing their place with a quarter-final win over Crowborough Athletic U23 by a solitary goal scored by Ricardo Adewuyi. On their way to the quarter final they notched up a 3-2 win over Woking U23/Academy with a fine display and goals from Armstrong, Flanders and young James Beauchamp. They were due to play the semi-final against Aldershot Town U23 away on 21st March, which would have been a terrific occasion for the team. 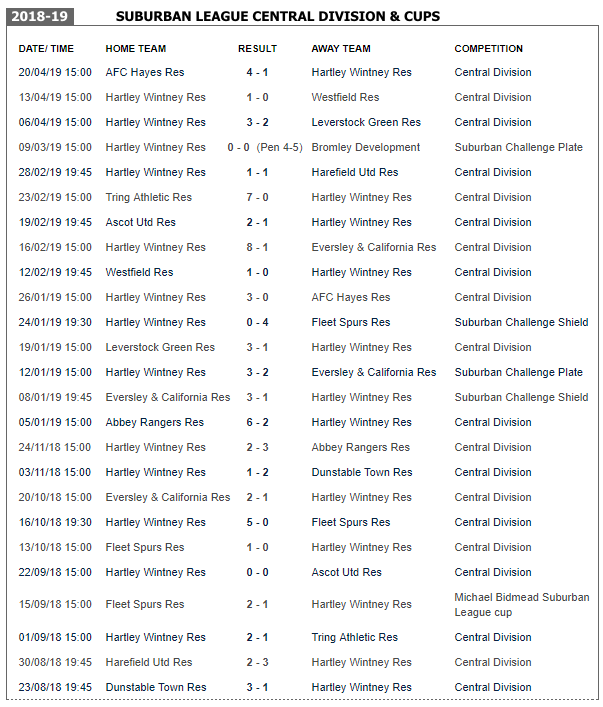 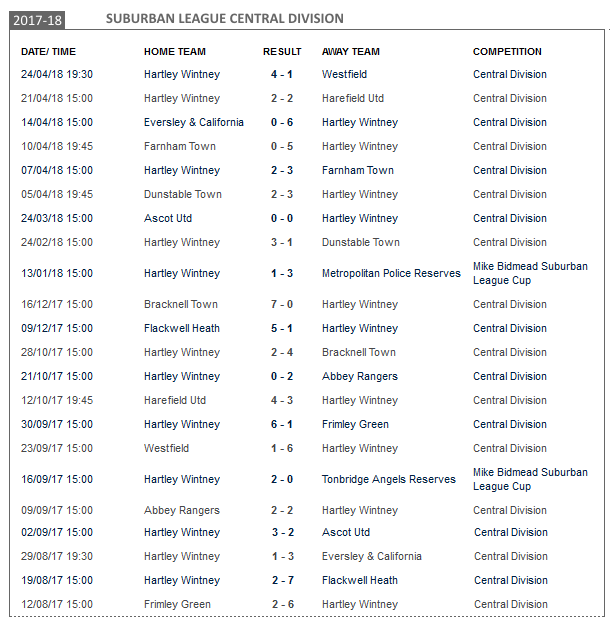 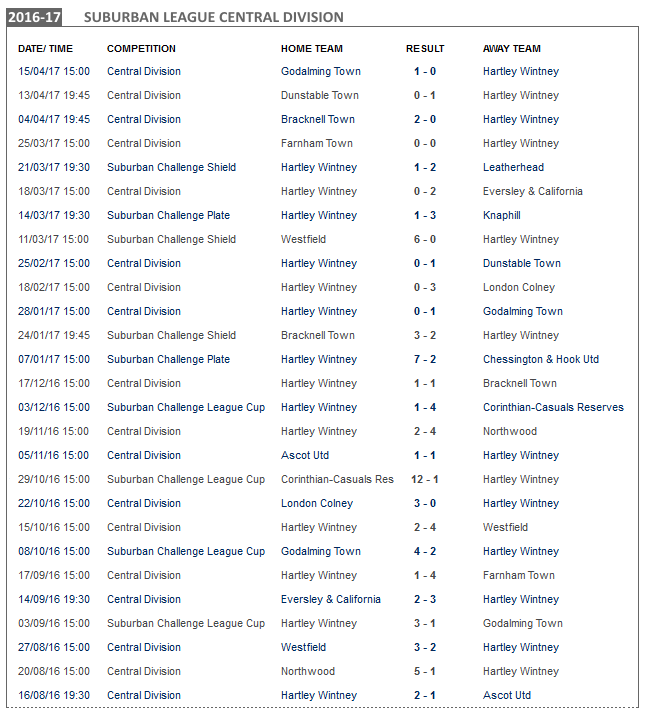 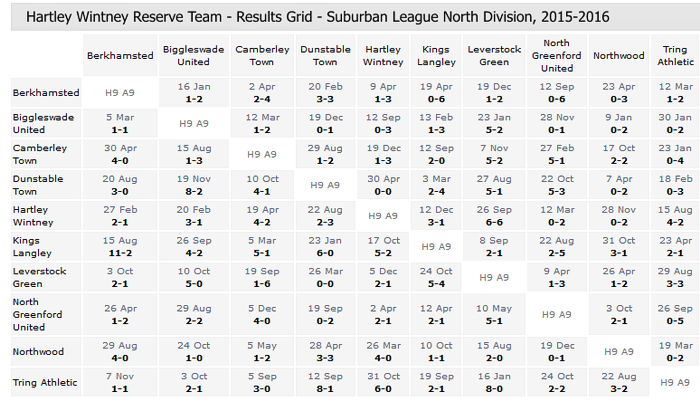 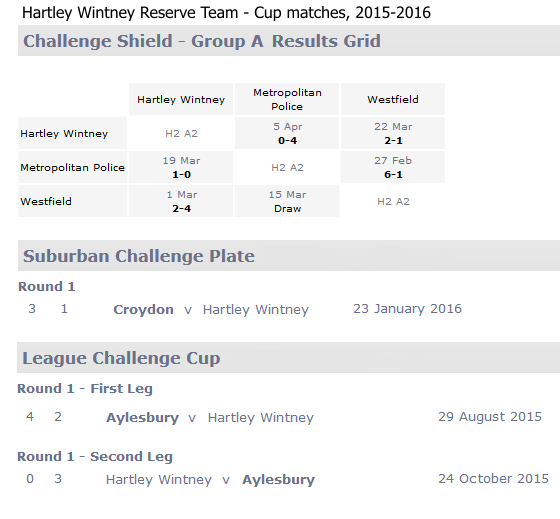