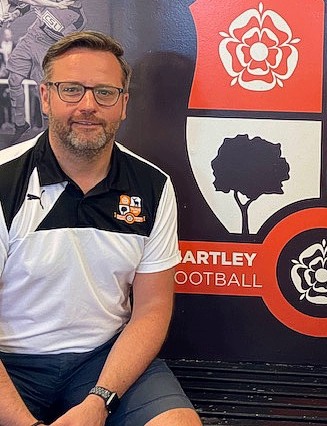 Andy Hunt (pictured) is the Hartley Wintney U23 Development team manager.
The U23 team compete in the Suburban League, currently at Premier Division level. Andy holds a UEFA B Licence as a coach and has been involved in football education programmes with Southampton FC and other domestic academy programmes. He served as 1st Team Manager at Godalming Town and Fleet Town at Step 4, having started his managerial career at Fleet Spurs FC.