Hartley Sunday, an open age mens team formed in the summer of 2019, set out to compete in the Basingstoke & District Sunday Football League Division 3 for the 2019/20 season. But for the premature closure of the season due to the Covid-19 coronavirus pandemic, they would surely have lifted the title. At the point at which the season was curtailed, Hartley Sunday topped the division with 30 points from 11 league games, having won 10, drawn none and lost just one game. They'd notched up a goal difference of +67, having scored 75 and conceded just 8 in the league. Their nearest rivals, North Warnborough 2020, had two games in hand but were 8 points behind. Alas, all results were wiped from the official records, and so what looked like becoming a superb first season for the team became a dry run for hopefully a repeat performance in the new season. Despite the disappointment of missing out on what would have been a deserved promotion, well done to the team on their excellent start. 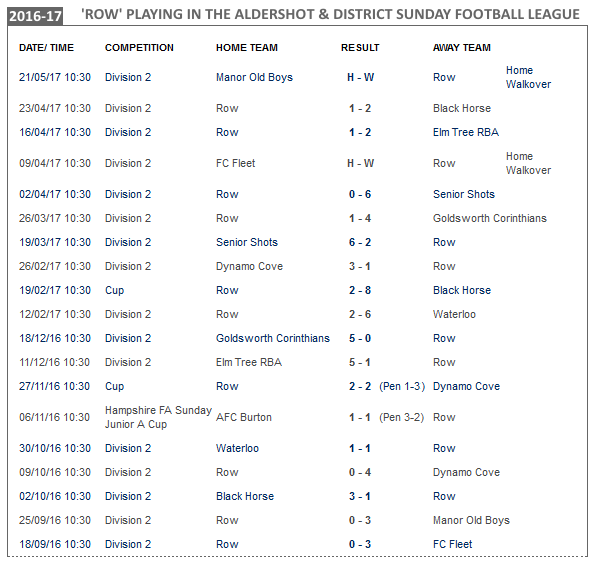