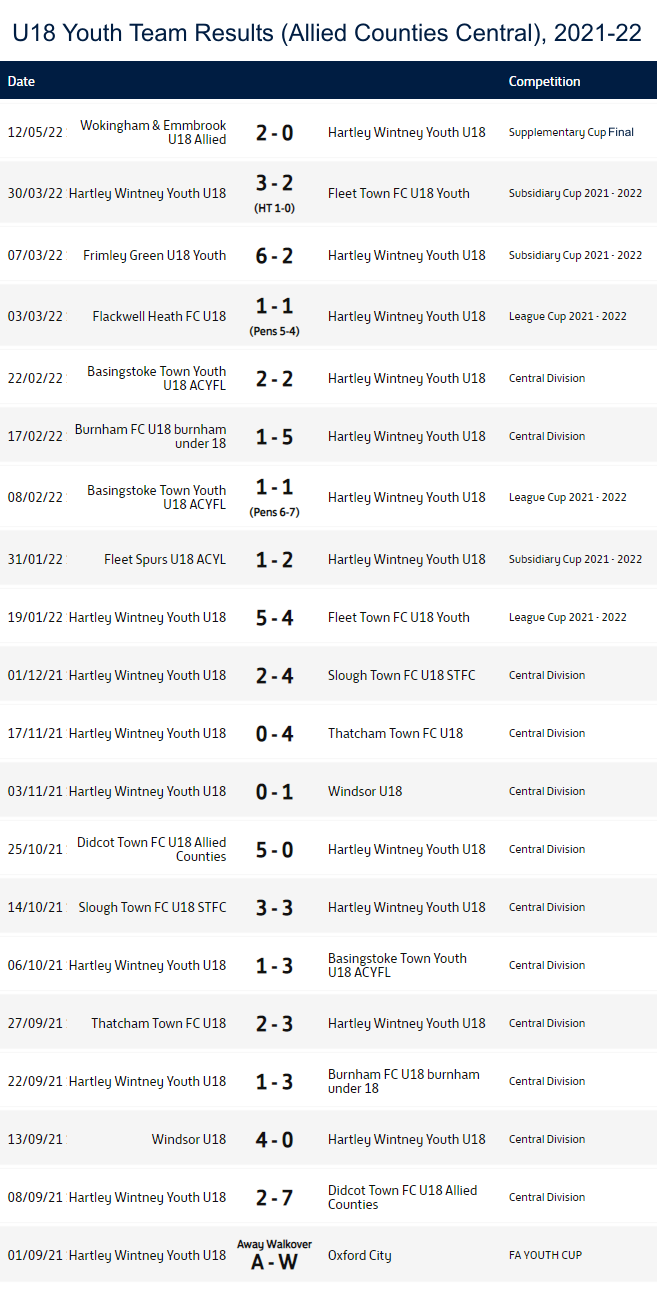 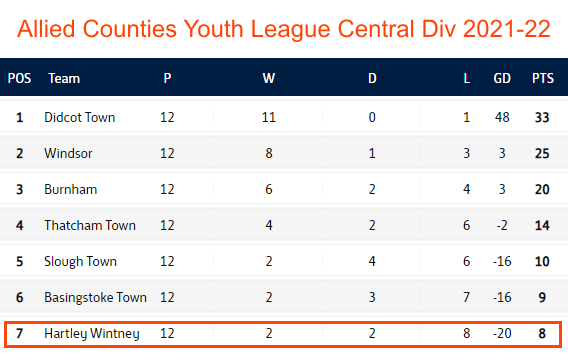 The Allied Counties Youth Football League 2019-20 season was cut short by the Covid-19 coronavirus pandemic. Unable to complete the season, all results were wiped from the official records. At the point at which the season was curtailed, Hartley Wintney's Youth team were lying 5th of ten teams in the South Division, on 19 points from 11 games. During the league season they recorded 6 wins, 4 defeats and a draw, and ended with a goal difference of +7. For the wrong reason it became a memorable first season in the manager's seat for Tommy Ashby, assistant manager Dan Ryan and Steve Bates, the goalkeeping coach.

Building a new team is always a process of development and improvement but the boys got off to an excellent start with two wins, and then continued to show very good progress. Following a fine start to the season, youth players Alfie Neville and James Beauchamp were soon rewarded with places in the Hartley Wintney Reserve team under Sean Hayes.

Perhaps the most memorable game was the one against old rivals Farnborough when the boys played their Academy U19s in the first round of the Midweek Floodlit Cup. Hartley hit the ground running and were 3-0 up in 30 mins with goals from James Beauchamp, Alex Lenon and Ben King. Farnborough pulled one back just before half time and then came right back into the game in the second half with a gritty performance. Two unstoppable shots made it 3-3, their third goal celebrated by their fans spilling onto the pitch. But it wasn't over. On 85 mins, Ben King scored the winner and put Hartley through to the next round. Though unable to complete the season, memories like that night will certainly live on in the minds of Tommy, Dan, Steve and the boys. 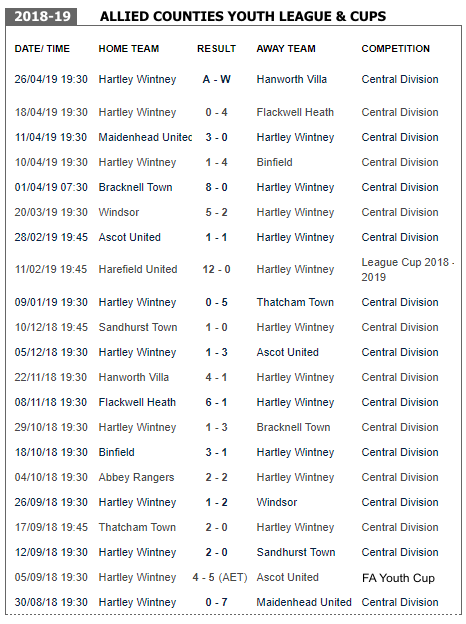 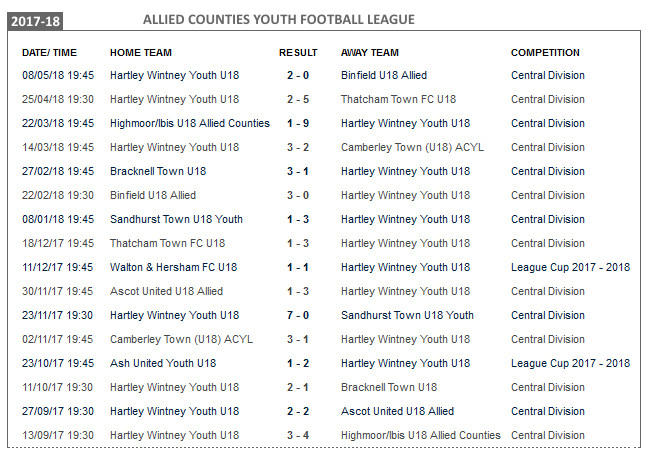 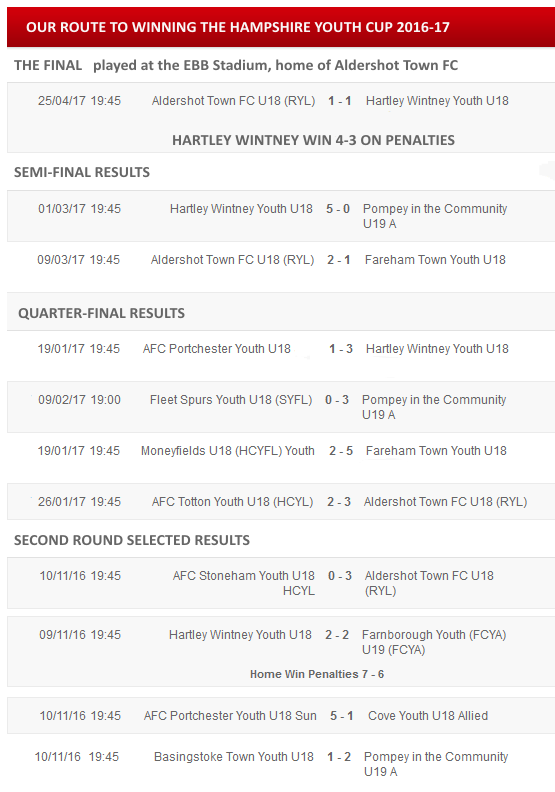 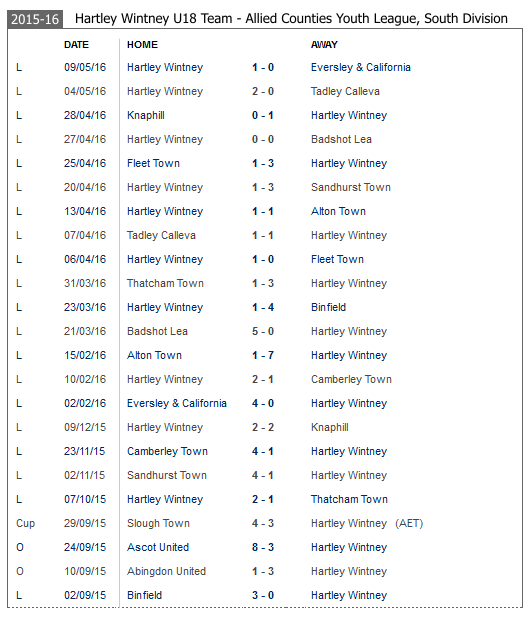